San Jose, site of the legendary Winchester Mystery house and incredible natural sights, is a great city for any students. San Jose houses well known colleges such as San Jose State University and Santa Clara University. Stanford University, widely considered to be one of the best universities in the country, is located just a half an hour away from San Jose. It is ranked number five in National Universities by U.S News. This famed university is known for its Computer and Information Sciences and support services Multi/Interdisciplinary Studies; Biological and Biomedical Sciences; Social Sciences; and Engineering programs. In addition, the San Jose state University is considered to be one of the most well known University in San Jose and was ranked in the Top 15 master’s-level public universities in the west by an annual survey taken by U.S. News & World Report. The Santa Clara University is also an excellent choice of a University as it was recently ranked number sixteen on Forbes "America's Top Colleges in the West" annual list. Our SAT instructors work diligently to help our students conquer the SAT exam to gain admittance to these famed universities.

Our San Jose SAT and GRE tutor earned his BA from Williams College and is currently finishing his Masters at Yale University. He achieved a perfect score on the Quantitative Reasoning section of the GRE exam. He has experience as a Teaching Assistant for numerous English and Literature classes at Yale University and has also taught a number of high school classes including Precalculus, Literature, Reading and Writing.

Our San Jose SAT tutor is also an experienced GRE, GMAT and LSAT instructor. Her work experience includes working at UCSC as director of their summer session, and director of tutoring at Santa Clara University. She holds a Masters degree and doctorate degree in Education Administration from the State University of New York at Buffalo. She has taken the GRE, GMAT and LSAT exams with highly competitive scores. On her GRE she scored 770 on the analytical section, 740 on the quantitative, and 510 on the verbal section. With her past experiences and extensive knowledge she is sure to help you achieve a top score on your upcoming exam.

Adam did a great job as an SAT tutor. He was on time, professional, and well-prepared. Genesa's SAT reading went from 660 to 750! Her SAT writing score went from 640 to 680. I am very pleased with Adam's SAT tutoring and would recommend him to anyone considering SAT prep. 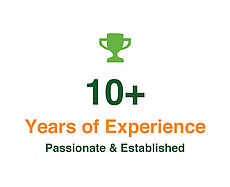 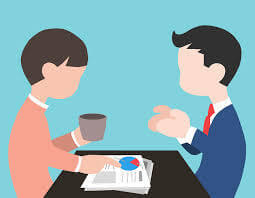 Our highly effective SAT instructors have the expertise to help you achieve a top score on your SAT exam!

"It was great experience working with Ted. I haven't practiced math for many years but we could cover many things from pre algebra, arithmetic, geometry. And I am starting to remember again all the things I did in high school. The explanation was simple but to the point and very easy to understand. Thank you so much Manhattan Elite Prep and my SAT tutor Ted!" Dewi E. (5 out of 5 on Goolge Review)