Dave Ahl graduated with honors from Wesleyan University in Middletown, CT, where he was a double major in Music and Government. As an undergraduate, he produced his first #1 record on the iTunesWorld Music Charts – “ASAP: the Afrobeat Sudan Aid Project.” At Manhattan Elite Prep, Ahl's web savvy and technological knowledge have made him a key member of the team. Our instructors and students have found his expert support to their technical needs crucial to their success. He now lives in Park Slope, Brooklyn.

Mora Carew graduated from the University of Pittsburgh, where she majored in Mathematics with a special concentration in the intersection between Pure Mathematics and Computer Science. Before working for Manhattan Elite Prep's Global Headquarters, Mora served as both an Accounts Manager and a Retirement Plan Administrator for some of America's top marketing firms. In her free time, Mora enjoys participating in Improv theatre and learning about TV & movie production.

Patricia Cloer graduated from North Carolina State University with a joint-degree in International Relations and Middle-Eastern Studies. Conversationally fluent in Arabic, Patricia’s defining academic moment was when she spent a semester in Morocco studying the Arabic language and local Islamic Art. Her propensity for global studies and working cross-culturally has provided her the perfect niche at Manhattan Elite Prep, a company that is ever expanding its reach to the far ends of the globe.

Anthony Smith graduated from Wesleyan University with a degree in Theater and the distinction of receiving the prestigious Olin Scholarship through seven of his eight semesters. His previous work experiences include serving as an executive assistant to a top celebrity photographer and holding the position of writer/producer for a multimedia production company. His documentary “Is the Medium the Message?” pioneered original content programming for The Huffington Post. In his free time, Anthony writes scripts for an underground arts collective. He currently lives in Williamsburg, Brooklyn. 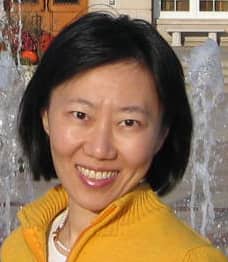 As the founder and CEO, Tracy Yun, leads a stellar team of Manhattan Elite Prep which includes 80+ graduates from some of the top universities in the world. Collectively, our team members have decades of experience in the test preparation, admissions and career training industry.

Tracy is a Columbia Business School grad and a veteran in the test preparation and admissions consulting industry. She pursued her passion for education after spending years in investment banking as a Mergers Acquisitions specialist, advising Fortune 500 companies on strategic investments. Her comprehensive multi-industry advisory background and experience working with large teams and various corporate executives prepared her well for her subsequent career role in managing educational services firms.